Legacy is the stewardship of history and faith 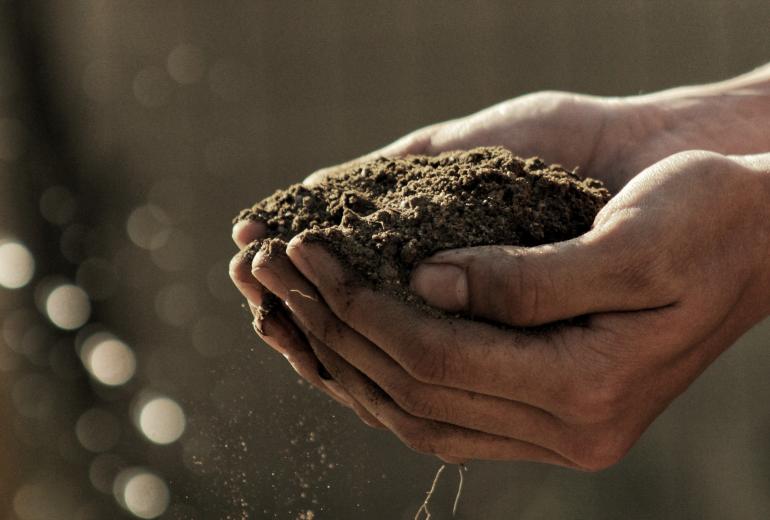 For DUDA, a family owned corporation founded in 1926, legacy is in the pulse of the company.

“Stewardship is not just about the land, but of the history, the faith, the people, our employees, and our communities,  Bart Weeks, Chief Operating Officer, describes of the company’s stewardship that has contributed to its legacy.  “Stewardship is in the nature of a multigenerational business.  It’s corporate with a higher calling.”

Throughout the years, Christian faith and business integrity have remained at the center of the company, the stated purpose of the business is to “Multiply and Share God’s Blessings.”

When the Duda family settled in Florida, they were one of the founding families of St. Luke’s Lutheran Church.  As a church, members met for twenty years before getting a pastor. During this time, each family would take turns leading Sunday services.  Today, faith-based meetings occur not just at church, but also in the board room.

“The board meetings start with a devotion and prayer.  Always,” Susan Duda Hanas, third generation family member, who serves as the first female chair of the board describes.  “We try to get our heads in the right place from the beginning.”

History is important for the Duda family and the company.  Andrew Duda emigrated to the US from Slovakia in 1909 seeking the American dream. He eventually made his way to Central Florida and in 1926, Andrew and his sons John, Andrew, and Ferdinand established A. Duda & Sons.  In the beginning, they were celery farmers, but the three sons had a passion for buying land, which led to diversification of the business.

The third generation followed in the footsteps of their fathers and further diversified the company’s agriculture holdings by purchasing farmland in California and Texas, and adding sod operations.  While their grandfather thought his sons’ purchase of Brevard County swamp land, which they used for cattle ranching, was possibly one of the biggest mistakes his sons had made, the third generation envisioned a plan.  They turned this area into a master-planned community known as Viera, Slovak for faith.  This community development endeavor led to further diversification into real estate, eventually adding home building operations to the list of ventures DUDA pursues.

“As a multi-generational family, we are growing and evolving so it is important for us to understand our current reality.  It is different from our parents’ reality.  Applying best practices to how we engage with our family owned business is necessary for future success,” Donna Duda, Director of Corporate Communications & Family Relations says of the influence and importance of family involvement.

To address this need the Duda Family Council was formed in 2004.  Made up of 11 family members elected by the family, they serve as representatives to make family related decisions, research and survey an overall voice of the family, and make decisions regarding family matters related to the company.

“The word I use to describe the Duda Family Council is connection.  We see our main job as connecting the family to each other, to the business we own together, and to our shared legacy too,” says fourth generation family member Stacy Mello, Duda Family Council Chair and Ranch and Resource Manager for Duda Ranches.

With 212 current family members, both direct decedents and spouses, and ownership divided amongst third, fourth, and fifth generation family members, family connection is important and necessary.  The Duda family encourages connection at two annual events –one in January focused around the annual shareholder meeting and another in the summer focused around development.  At these events, family members connect with each other, learn about the business they own together, learn about their history and legacy, and make a difference through philanthropy projects.

As the first Duda Family Council chair and the last third generation family member involved in the business, Susan Duda Hanas has watched her father’s generation, her generation, and now the next generation assume leadership roles in the company.  She believes in the future, that it is important that once the next generation become the leaders, the outgoing leaders should let go and let the next make their own choices.