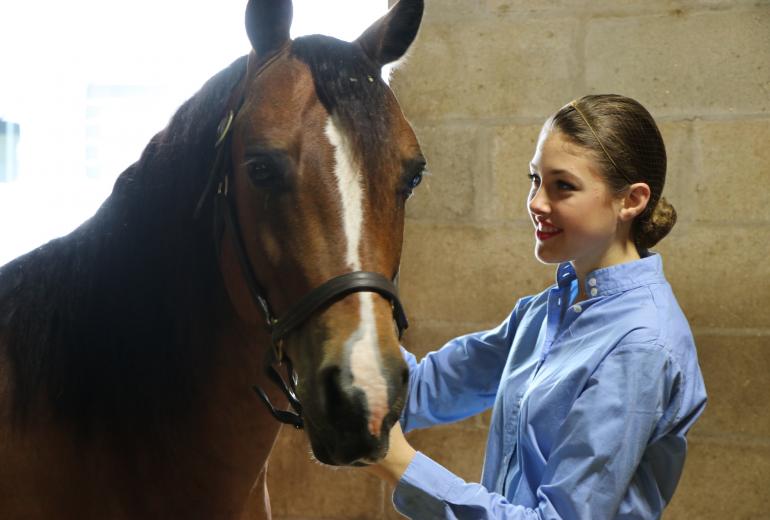 Growing up surrounded by equestrians, Rachael Winograd developed her passion for horses at an early age. She began riding at age two and entered the show ring at age four. Rachael cares for and shows Morgan horses in three divisions. She is an accomplished equestrian, and currently holds two world championship titles and several national championships.

Now a sixteen-year-old sophomore in high school, Rachael has taken entrepreneurship courses teaching her about projects and developing business plans. Her school requires a community service project, so when she learned about a herd of eighteen Morgan horses surrendered to Marion County Animal Services; she knew it was meant to be her project.

Rachael committed to adopt one horse and developed a clear plan to provide it with six months of medical care, feed, housing, training, and rehabilitation, eventually leading to rehoming the animal. She made inquiries, and started the process with a GoFundMe campaign and a trip to Ocala.

Rachael picked her first rescue horse, but unfortunately, he passed away before she could adopt him. She then chose a kind twelve-year-old Morgan mare she named Pumpkin, who she brought home in November of 2018. While adopting Pumpkin, Rachael fell in love with a stallion named Monty. Monty went to a friend’s farm to be gelded so he would be safe for Rachael to handle and work with when he returned to West Coast Morgans. 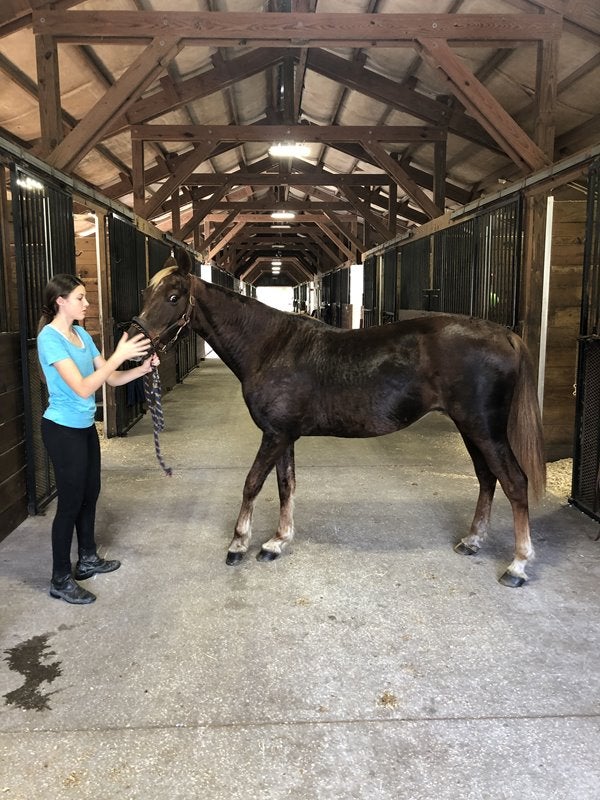 So far, Rachael has raised $2,109 for this project and adopted two horses. The first, Pumpkin, came in matted and in need of love, but was safe for kids to groom and work with. It did not take long to see Pumpkin’s improvements. After medical care, food, grooming, and a bit of training, Pumpkin became an obedient, happy and healthy horse. Pumpkin was rehomed just before the six-month deadline and is living a happy life. Monty, the other rescue is still in training, and nearly ready to be ridden. He was shown for the first time on May 11 in hand.

"I want to help unwanted horses do more than survive, I want them to have a better life," Rachael explained.

Rachael will finish Monty’s rehabilitation and rehoming process before she moves to the next horse. She hopes to continue rescuing horses from the Morgan herd that remain at Marion County Animals Services, and plans to continue rehabilitating unwanted horses until she goes to college. 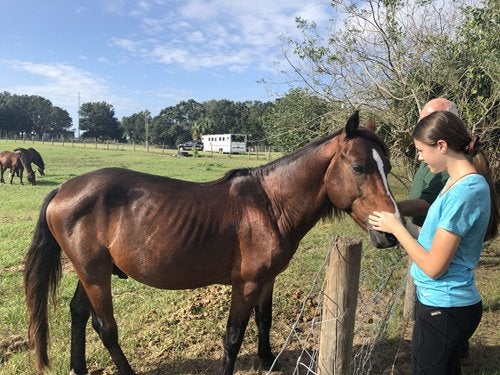 Rachael enjoys helping people and animals and plans to study to become a veterinarian or a dermatologist. In addition, she has discovered an interest in business. She plans to expand her business skills to prepare her for potentially owning her own clinic. Farm Credit of Central Florida is proud to support the next generation of agricultural entrepreneurs and congratulates Rachael on her efforts.

If you would like to donate to Rachael’s GoFundMe page, please visit https://www.gofundme.com/help-save-a-horse-from-the-kill-pen