Legacy is creating a better life for the family after you 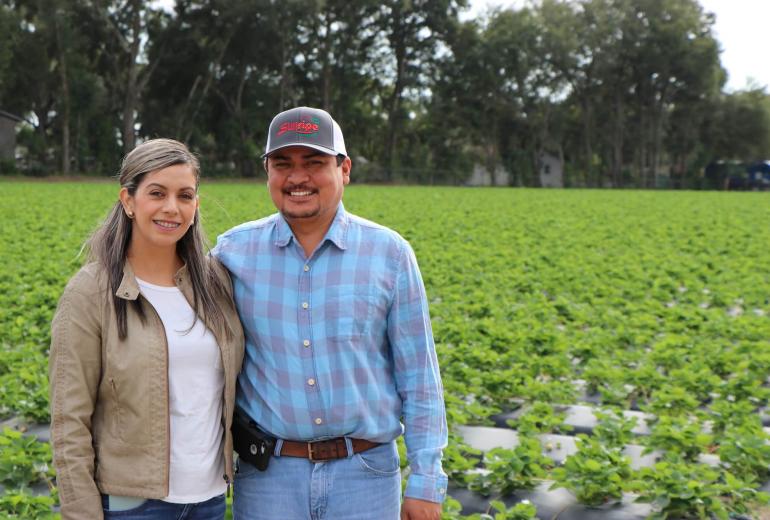 The Gutierrez family have made their dreams a reality and started a legacy that will last far beyond their years. To Daniel and his wife Blanca, family is one of the most important things in life.

To the Gutierrez family, leaving a good name behind for future generations to come is extremely important. Daniel and Blanca want a bright future for their five daughters and dream of them going to college and getting a degree.

Everything that Daniel does, he does for his family. He has grown his passion for the agriculture industry by expanding his farm and has made the family’s dream of living in a home in the country a reality.

Daniel grew up around agriculture in Mexico. His father farmed corn and grains in Mexico and when Daniel and Blanca came to the United States they started working with their relatives growing berries with the goal of owning their own farm someday. Everyone in the family worked together until they got their start and then started their own business, over six years in the making.

“I liked farming with the family,” Daniel said. “I wanted to have tractors and a farm of my own though.”

The family farms a total of 105 acres including strawberries, vegetables and Brangus cattle.

This fall, the farm earned its organic certification and they now farm 12 acres of organic strawberries, further expanding their operation.

Daniel and Blanca both find family one of the most important aspects of their life. They recently bought a home near Daniel’s parents and close to the farm.

“Being close to family is the most important thing,” Daniel said. “We probably need a bigger house, but we have everyone here with us so we don’t want to move.”

“We like to live in the country,” Blanca said. “There’s stress when you go into the city, I feel weird. You see the houses so close to each other and you know you could get used to it but for us right now it is tough to see and we know this is the place for us here. You see these girls, they are country girls.” 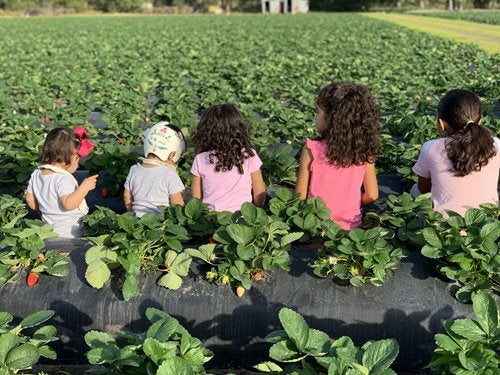 Daniel and Blanca’s two older daughters, Camila and Regina are getting started in the agriculture industry showing rabbits in 4-H. Blanca encouraged them to join to ignite their love for agriculture and grow in their leadership and development skills.

“The girls are really shy,” Blanca said. “I want them around people that can motivate them.”

“I’ll support them in whatever they like but I would love for them to be involved in farming,” Daniel said.

“They are both so great in school,” Blanca said. “We are proud of our girls.”

The Gutierrez family attributes their success to the many that have taught them how to farm and helped them along the way.

“We are very happy to have people like Farm Credit around,” Daniel said. “If it weren’t for Farm Credit we wouldn’t be doing what we’re doing.”

“They were easy to work with and made it really smooth for us,” Blanca said.”

The Gutierrez family is passionate about family and the agriculture industry and we are proud to have them as members of the cooperative.